Centre for the Mathematics of Quantum Theory

Centre for the Mathematics of Quantum Theory (QMATH) 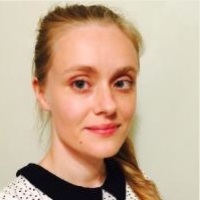 My research falls within the field of quantum information and computing, which is an emergent area formed at the intersection of physics, mathematics, and computer science. My main focus is the phenomenon of quantum entanglement and how it can be harnessed in operational and cryptographic applications. Besides quantum entanglement, I have worked on a broad range of research projects that focus on topics including quantum computational supremacy, quantum thermodynamics, routing in quantum networks, and the framework where distant quantum computers are augmented by classical communication links. I am also interested in graph theory, computational complexity theory, and cryptography.

See my arXiv page and Google Scholar profile for the most up-to-date record of my research outputs, including pre-prints. Due to the interdisciplinary nature of my work, I publish in journals on mathematical physics (Commun. Math. Phys., J. Math. Phys.), information theory (IEEE Trans. Inf. Theory), combinatorics (J. Combin. Theory), as well as computer science conferences (ICALP, CCC).

In 2013, I received a PhD in Quantum Information from the Department of Combinatorics & Optimization at the  University of Waterloo (UW). During my graduate studies at UW, I was also affiliated with the Institute for Quantum Computing (IQC) and my thesis advisors were Prof. Andrew Childs and Prof. Debbie Leung.  Prior to my move to Copenhagen in September 2017, I have held postdoctoral positions at the Centre for Quantum Technologies (CQT), National University of Singapore and the School of Mathematics, University of Bristol. During these posts I was fortunate to be advised by Prof. Stephanie Wehner (now at QuTech, TU Delft) and Dr. Ashley Montanaro.