Centre for the Mathematics of Quantum Theory

Centre for the Mathematics of Quantum Theory (QMATH)

The VILLUM FONDEN has granted DKK 30 million to the “Villum Centre of Excellence for the Mathematics of Quantum Theory (QMATH)”. In 2021, the centre has be extended for another five-year-period.

The centre is hosted by the Department of Mathematical Sciences at the University of Copenhagen. The official opening of the centre took take place at a kick-off conference November 7-9, 2016.

The centre is led by the professors Jan Philip Solovej, Matthias Christandl and Bergfinnur Durhuus. Approximately 15 PhD students and Postdocs are associated with the centre.

The goal is to contribute to our mathematical understanding of quantum physics with special emphasis on the interplay between quantum matter and quantum information.

The centre's research area lies in the intersection of mathematics, physics and computer science. It is motivated by the emerging recognition of the surprising informational aspects of quantum physics with its potential use in quantum communication and long term prospect of building a quantum computer. 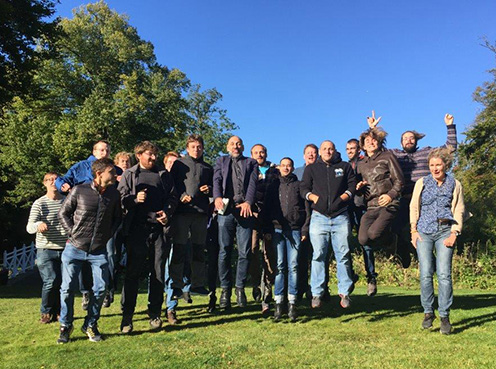