The Royal Spanish Mathematical Society (RSME) has awarded Angelo Lucia the José Luis Rubio de Francia Prize, an award aimed at mathematicians under the age of 32, either with Spanish nationality or who have done part of their research in Spain. Angelo Lucia is originally from Italy, but he completed his Ph.D. at Universidad Complutense de Madrid in 2016, and has been a postdoc at QMATH since then.

Angelo's work regarding the mathematical aspects of quantum many-body systems and the rigorous study of physically relevant problems has motivated the prize jury in their decision. In particular, his work lies at the interface between quantum spin systems and quantum information, and he is particularly interested in dissipative dynamics and tensor network states.

The prize honors the memory of José Luis Rubio de Francia (1949–1988), a Spanish analyst. Is awarded annually since 2004, and it is one of the highest distinction given by the RSME. It is sponsored by the Autonomous University of Madrid and the University of Zaragoza. It is endowed with 3000€, and since 2016 the BBVA Foundation supports the award winners with a start-up grant of 35000€ for three years. Together with the prize also comes an invitation as a plenary speaker to the biannual RSME congress, which will take place in February 2019. 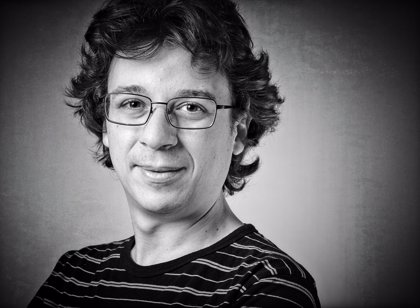